The BBC’s Audio and Music’s R&D team are are currently working with Shulze & Webb to prototype Olinda. Olinda is a DAB Radio that as Matt Webb says:

The physical radio is being designed and developed by Matt and Jack Schulze. However, clearly to deliver on these objectives there also needs to be a central repository to coordinate the network of friends and their listening behaviour. And this is being delivered by Radio Pop another prototype developed by Tristan and Chris which as Chris explains is:

“At its core is a database which stores radio listening, upon which we can build various views. By introducing friends lists, schedule information and the ability to simply bookmark, or ‘pop’, a particular point in time, Radio Pop generates a great deal of information about listening habits. We purposefully kept the database very simple and specified an input and output API so that the repository could be accessed using web and desktop widgets as well as through the Radio Pop web site.” 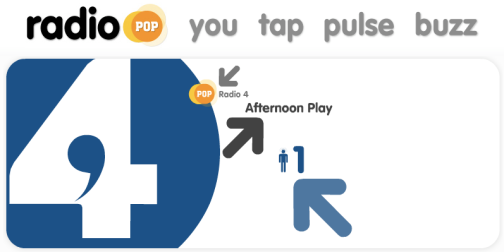 Check out Tristan blog to find out more about Radio Pop and its development :).