Radiohead are miles ahead of the pack when it comes to content innovation. First off when they released their seventh album, In Rainbows, they let customers chose their own price which according to Thom Yorke, outstripped the combined profits from digital downloads of all of the band’s other studio albums. Then with their single Nude folk were given the opportunity to remix the single. And now their new video for ‘House of Cards‘ has been made without any cameras, just lasers and data. And best of all they are giving you the chance to play with the data, under a license that allows remixing. 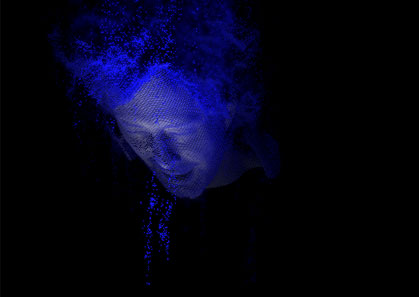 More details are available at Google Code http://code.google.com/creative/radiohead/ which explains that:

No cameras or lights were used. Instead two technologies were used to capture 3D images: Geometric Informatics and Velodyne LIDAR. Geometric Informatics scanning systems produce structured light to capture 3D images at close proximity, while a Velodyne Lidar system that uses multiple lasers is used to capture large environments such as landscapes. In this video, 64 lasers rotating and shooting in a 360 degree radius 900 times per minute produced all the exterior scenes.

The site also includes a short documentary showing how the video was made and the 3D plotting technologies behind it.

A 3D viewer to explore the data visualization and best of all the the data with instructions on how to create your own visualizations. All very cool.